One the most generous writers I know, C.P. Santi, has a new romance book out! 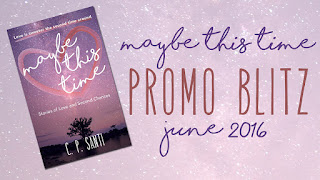 Check out the story blurbs:

In Sweeter by the Second, when paintings conservator Rina David arrives for the Arts Festival in the heritage town of Jimenez, she’s reunited with Tony, the guy she once loved and lost. Now vice-mayor of Jimenez, Tony wants Rina back in his life and will do everything he can to convince her that they belong together.

Pamela Quiroz hatches a plot to get her parents back together in Exorcising my Ex. But will a romantic Valentine’s Day dinner succeed in reconciling Geno and Viv? After all, it’s been more than fifteen years since they first got together and they aren’t the hormone-driven teenagers they once were. Will wine and cheese balls still do the trick?

Torch, meet hand. Arne Weichmann has been waiting twenty-one years for Bea. Is it finally the right time to make his move and convince her that they are Meant to Be? He hopes so. Because he doesn't think he’ll survive losing the one person who brought warmth and sunshine to his life.

To know more about the book and the author herself, C.P. answered a few of my questions:

What made you decide to write an anthology this time?

It all started when I wrote Sweeter by the Second, a short story for #TalesFromTheMetro. The 5k word restriction was both a challenge and a blessing. I didn't think I'd be able to do it---I'm often overly verbose---so to have finished a story within a couple of weeks gave me a real rush. The story got good reviews and that inspired me to write more. When Ines Bautista-Yao published a collection of shorts, I thought it was a great idea, and so I emulated (read: copied) her example :-) Plus, it seemed a great idea to (finally) do something about some of the plot bunnies hopping in my head.
Among the three stories, which one did you find the most challenging to write? Why?

That would be Exorcising my Ex, because it featured an unconventional (albeit very real) situation. In the story, Viv and Geno---both on the cusp of adulthood---have a baby together. I examine their choices----how they cope with the responsibility of caring for their daughter and how they go about achieving their dreams. From the onset, I didn't want to assign right/wrong or good/bad roles. The gray area in between was a bit hard to figure out, but it was fun. I explored how a young couple could drift apart, and how, as adults, they try to recover what they lost. And in the end, I think that was what made Viv and Geno(and sPammy)'s ending really satisfying for me.  :-)
How do you find the time to write?

I usually sneak in a couple of paragraphs when my kids are napping / watching Frozen or Lion King or while I'm cooking in the kitchen. I perch my laptop on my breadmaker so it's easily accessible (and unreachable by my kids). Sometimes I write or dictate conversations or ideas on my phone. At least, that was how I wrote the first two stories. The last story was written---almost entirely in longhand---in less than a week, while I was waiting for my son at summer school. That was my most productive period ever. Can't wait for school to start again. Hahaha!
If your writing style is a color, what would it be? Why?

Wooow! I love this question! I think it'd be yellow, which incidentally is also my favorite color :-) Yellow (at least to me) is bright, sunshiny, and happy. It can be loud and quirky, but it can also have mellow undertones. Basically, I love reading fluffy, funny, happy romances with a dash of weird thrown in, and so I try to write more of the same.
Any other books in the pipeline?

I just finished the first draft of Dare To Love Dangerously, a contemporary novella about a single mom who finds love again :-) Gia, the main character, is an architect involved in the conservation and restoration of cultural properties (a topic very close to my heart). It also features a hot, inked anthropology professor, a couple of cool priests, a lot of travel (Laguna, Ilocos, and Bohol), and a wacky, drunken, open-yourself-to-love crystal healing session. I hope to release it in October, just in time for the anniversary of the Bohol earthquake (which sort of features in the story).

To give you a taste of her book, here's an excerpt from the story she found most challenging to write:

Exorcising my Ex
I glanced at my watch just to make sure—my efficient, punctual daughter was officially ten minutes late. Smirking, I thought of all the mileage I’d get from teasing her about it. Pam got riled almost as easily as her mother did.
Just as if I had conjured her from thin air, a tall brunette appeared in the doorway. Her long hair was perfectly styled, and her sleeveless shift fit lovingly over her trim curves. Large eyes, framed by the longest eyelashes I’d ever seen, slowly scanned the room. The moment they met mine, they flared in surprise before narrowing.
I rose to greet her. “Viv. This is a surprise.” I bussed her cheek, lingering a moment longer than necessary.
She drew back, but not before I heard her sharp intake of breath. Glancing around, she asked, “Where’s Pam?”
“On her way, I suppose.” I helped her into a seat. “Didn't know you’d be here today, Viv.”
“I didn't know you’d be here either.”
“Hmm. I wonder if—” I broke off as both our phones vibrated.
Sure enough, it was a lengthy message from Pam:

Pam: Hi, Mom and Dad!
Yes, I’m with Tita Joy and I’ll be sleeping over at their place with her and Kesha tonight.
Yes, this is a setup. Happy anniversary! :-) Yeah, I know you never married, but when you were together, this was your anniversary (it was in mom’s scrapbook). This was also probably the day I was conceived fourteen years ago, so Happy Conception Day to me, too *\(ˆoˆ)⁄*
Anyway, I just thought that now Mom is back in town again it would be nice if you could catch up with each other.
I already paid for dinner. This took quite a chunk out of my med school nest egg, so you guys better sit and enjoy it.
I love you both!
P.S. I really, really don’t want to be grounded forever. I love you!

I shook my head. My girl was devious. Just like her Dad.

Pre-order this book on Amazon and rate in on Goodreads.

About C.P. Santi
C. P. Santi is a Filipina author based in Tokyo, Japan. She is a wife to an engineer / indie songwriter and a full-time mom to two energetic boys. She loves cooking and baking, and enjoys feeding people, gorging on chocolate, watching J-doramas, belting it out in the karaoke box, and running around the house playing tickle tag. She also loves dreaming up stories about the people she meets.

In another life, she is also an architect and academic.