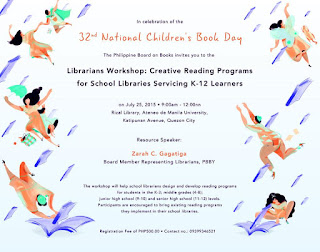 The question I was asked to answer was: Which Filipino books for kids do you want to get published?

I've always been a big YA (Young Adult) fan even when I stopped being the target reader for the genre.  One of my first jobs was being a segment producer for the now-defunct tween show called 5 and Up. There, I discovered kindred spirits who were just as badly hung up on YA as I was.

My co-producers and I had an informal book club, exchanging our YA books by Jerry Spinelli, S.E. Hinton, E.L. Konigsburg, and Robert Cormier, among others. September was the highlight of our bookish lives; we all hied off to Megamall for the book fair, where we scored discounted YA books. These books were sort of a shared property--we made sure we didn't buy the same book twice (if we didn't have enough cash) since we'd borrow each other's stuff anyway.

MY POINT IS...there weren't enough local YA books at that time. That's why we gorged on those foreign books with characters that were blonde and blue-eyed, stories that mentioned snow, spring break, and other foreign concepts. But the themes were varied, and they kept us coming back for more.

That's why Janus Silang is such a breakthrough--at least in my opinion. 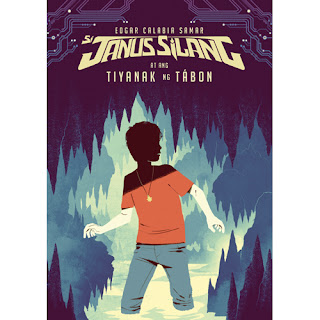 Here's a fresh, new YA book that wasn't thin, with enough words to make it a full-fledged novel. And it was unabashedly Pinoy, its theme revolving around our supernatural culture. The best part about it was that it was written in Tagalog!

I felt that this book changed mindsets. It's cool to read something in Tagalog, in a language that we use to converse with our friends. It involved blood, gore, and gaming addiction--issues that are sometimes side stepped in local books for kids.

So such is my book wish: please--more local YA reads that tackle a host of subjects that will make us feel that being Pinoy is the coolest thing in the world.
Posted by Agay Llanera at 12:03 AM